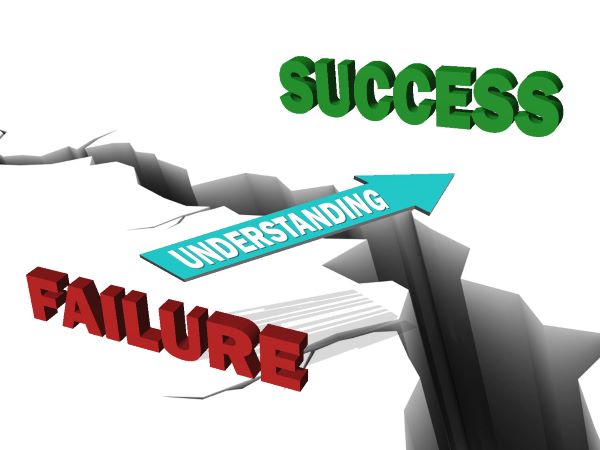 In 2017, CIO magazine reported that around one-third of all CRM (customer relationship management) projects fail.

That report was not original research, but an average of a dozen analyst reports. The numbers in those reports ranged from failure rates between 18% and 69%.

However, when I talk with my clients, I get a very different story. Many of my clients come to me because they are less than happy with their implementation.  When I talk to these clients to find out more about their dissatisfaction, the reasons given vary. The commonest reason that I hear from users is that their job is more complex than it was previously. Another common reason is that they cannot trust the data – and this is often blamed on other users. 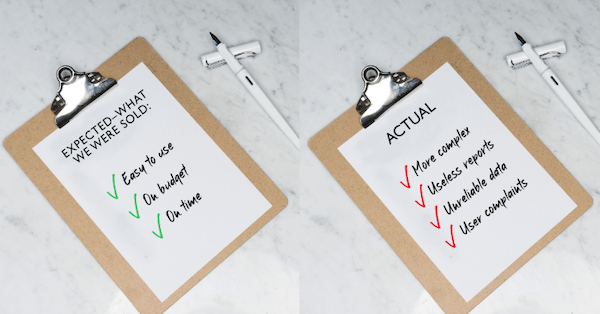 When I talk to senior managers at my clients, I will hear the same reasons as the users and often additionally that the project went over budget – frequently significantly over budget; that the project went over time, again often significantly. Management will also often comment on the inadequacy of their reports.  Another common reason raised by management is complaints from the users, and this is sometimes reflected by people leaving. 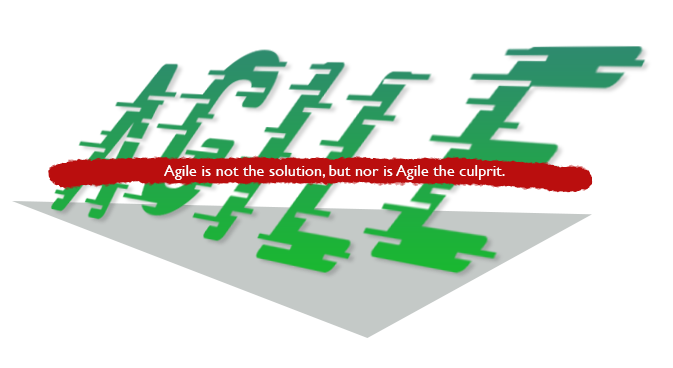 Agile is not the solution - but nor is Agile the culprit.  I hear similar stories whether the project was agile or not.

If I investigate the solution as delivered, in any of these cases, the aspects that I commonly find are: 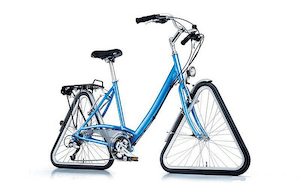 When reinventing the wheel, always consider
the intended functionality. Many changes can
perhaps inadvertently make something worse.

I think of this as “All Roads Lead to Rome” or, whatever the overt reason for project failure, the underpinning reason is a lack of understanding – somewhere in the project.

Another reason given for project failure, especially by users, is all that management wanted from the project is reporting, or to ‘spy on them’ – the users. While there is rarely any truth in this, even if there was a lot of emphasis put on accuracy (of forecasts) visibility of actions and a range of other business intelligence, the existence of the belief indicates that the education throughout the project was lacking.

How You Can Make Your CRM Project Successful

So, how can you stay out of the failure zone, and make your project successful?  In this article, I share three keys to help you achieve CRM success.

The first key to this is to accept that increasing the understanding of the project, of the technology, or the needs of the users – widely across the organisation – will, in turn, lead to increased success.

The second key is understanding the range of different forms of education and training required by different people involved in the project.

Surprisingly often, when I talk to people about the role of education in a project like this, I will hear that users will be trained.

While end-user training is very important, it is only one aspect of the overall education that is needed. Within a project such as this, success will require a change in how people perform their role. This is usually covered via a change management process. If change management is to be successful, it must lead to this change in behaviour. Achieving this change in behaviour requires that the people being asked to change, understand the ‘why’ of the change and see the benefits for themselves.

As Simon Sinek says “People do not buy what you do UNTIL they know why you do it”. 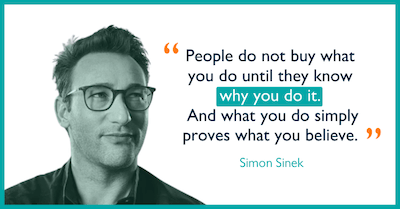 So, members of your organisation need to know why you are creating the change that CRM will create – not just that it is happening and that their role will change because of CRM.

The third key is to understand that people often do not know what they don’t know. 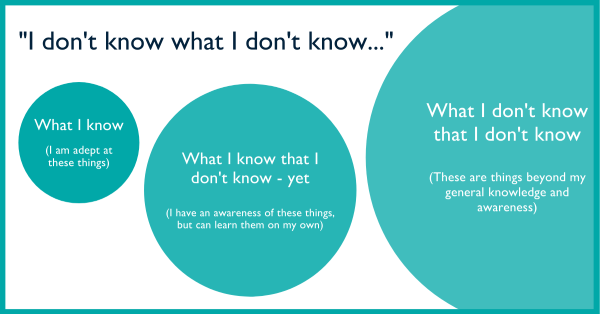 So, you may easily have a technical team who will benefit from some technical training to fill in gaps in their knowledge of the technology that they are engaged to implement. These technologies are changing extremely quickly, so keeping up with all of your options is challenging. One of the commonest issues I see in less-than-successful projects is that incorrect design decisions have been taken. When we drill into the reason that these poor decisions were made, overwhelmingly the reason is that person taking the decision did not know about the better way.

I am currently helping a client where their 'solution architect' or the person whom they were sold as a solution architect, had never previously done a project using the selected technology.  This 'solution architect' made many poor decisions and no one in the team (including the project manager) had enough knowledge or confidence to overrule him.  The resulting implementation is so bad that it was two years late, and immediately on completion so many problems became apparent that we are now redoing the entire implementation - with a completely different team!  In summary, this solution architect took two years too long to deliver almost nothing - except massive stress to the project executives.

While the above story is the worst I have seen, it not the worst by very much.  If you want to avoid following in these footsteps, the easiest way is to ensure that you have people on your team, people who are primarily loyal to you, who know the technology well enough to identify and stand up to these poor decisions.  This internal knowledge should be seen as akin to insurance - it should not be necessary, but when it is, you are very glad that you have it. 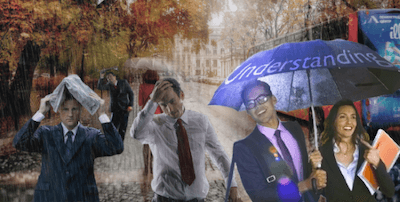 Understanding is your Insurance against Project Failure.

One way of reducing these errors is to invite an expert to do a review of the planned design, prior to moving it into production, and to ensure that this review includes questioning about why each decision was made.

And a bonus key is to accept that what matters is not that training occurred, but that it was effective – i.e. it enables people to change their behaviour.

This means that training needs to include a substantial amount of how to do particular tasks, but also time must be allowed for users to engage in questions to communicate the why. If the people being questioned do not understand the reason for it, this questioning can be seen as threatening. It is impossible to assume training effectiveness unless it is assessed.

Agile as a methodology and its role in CRM success

Agile is an awesome tool to implement solutions such as CRM. However, it can be misused. If using the agile methodology is to help you achieve CRM success, it is essential that the key decision-makers in your organisation have the same understanding of agile as the project team. Agile is far more than just doing the project in a piecemeal way. And what is perhaps even more important is to understand that agile does not reduce the need for any of the education mentioned here – it may even increase the amount of education that the project requires.

Effective training leads to behaviour change – not just accumulating more facts, or worse, spending a chunk of time in a training room.

Communicating ‘why’ is challenging and usually requires questioning.

Asking people what training they need is almost always ineffective.